The Pursanova Disk are cutting edge and are charged with specific oscillation patterns to resolve different issues.

To Order please email Pursanova Order Desk at info@pursanova.com and type ORDER in the Subject line

You can learn more about this technology through this link :

PursanovaTM is dedicated to offering solutions to a wide variety of technical issues that can arise because of water usage. Our expertise covers the treatment of drinking water as well as resources used throughout the industrial sector including both heating and cooling systems. The Pursanova DisksTM are cutting edge and are charged with specific oscillation patterns to resolve different issues. There is a pattern specifically for reducing corrosion, another for the reduction and prevention of scaling and a third for fouling and other microbiological problems. Each Disk is charged specifically to suit the problem you are faced with. A big advantage of using a Pursanova DiskTM is that it doesn’t involve any additives to the water. This means there is absolutely no change in its chemistry so there are no additional treatment requirements as a result. We coined the term “conditioning” the water to describe what our product does because of this. In addition to manufacturing and supplying the Pursanova DiskTM to suit different issues we also provide support and engineering solutions for the industrial sector. This increases the scale of our services a great deal and means we are in the perfect position to deliver the best standards of service for our clients. When applications are extreme or complex we can provide a comprehensive solution. We can work on all aspects of cooling systems, including pipes and heat exchangers. We also have experience with desalination technology and other sophisticated systems that use water. The engineering services we offer are not limited solely to issues pertaining to the treatment of water to tackle scaling, corrosion and biofilm problems. They are actually far broader than this, encompassing important objectives like optimising performance in terms of water and energy consumption. One of the major areas we can bring positive change is in terms of the volume of chemical additives that are used. We are committed to helping our clients to adjust the amount of chemicals they add to raw water, producing a multitude of different benefits including cost reductions and safety improvements. The results are continuously monitored and reported to ensure the maximum savings are being made. Monitoring systems are always installed as a joint operation between PursanovaTM Engineers and the customer to maximise the quality.

1. Prepare some insulating tape and an Hex Key (Allen key) in correct size.2. With the tape insulate the area where the Pursanova DiskTM will be installed. This will support its functionality by preventing galvanic reactions.3. For best results be sure to join both halves to a full Disk with the arrow (next to the serial number) and the blue inlays pointing in the direction of the water flow.4. Both halves should be screwed to a full Disk without leaving a gap at any of both joints. If there is a gap, a device of bigger size has to be installed. Tighten the half’s evenly and do not force the halves together by over tightening the screws. It is not necessary for the Pursanova DiskTM to fit exactly around the water pipe.5. A gap between Disk and pipe does not impair the function of the Disk. When fitting the Pursanova DiskTM on the pipe, and the gap between the inside diameter of the Pursanova DiskTM, and the outside diameter of the pipe exceeds 5 mm, you must center the Pursanova DiskTM on the pipe by using a non-metallic pipe wrap. Please avoid using any adhesive tape.

Pursanova DiskTM is capable of addressing innumerable problems in water-bearing installations and systems. The oscillation patterns (software), we have developed alter the physical properties of the substances contained in the water. The chemical composition of the water/liquid remains unchanged. Negative technical effects caused by water are diminished significantly or eliminated by The Pursanova DiskTM. The Pursanova DiskTM modifies water to the effect that the solubility of all soluble ingredients in the water is increased so lime and other salts do not crystallize like they would normally; oxygen does not react with iron to rust. The Pursanova DiskTM induces an aquatic environment where these elements remain dissolved in the water and are flushed out of the system with the water.

The Pursanova DiskTM is capable of stopping and reversing corrosion and scale build-up. This reversal process starts after The Pursanova DiskTM is installed. The carbon steel pipes are cleared again depending on flow rate and regularity at which the water is tapped. In the industry the water is flowing mostly all the time. In some cases, this can be seen from the rust or scale flushed out or, even after only a short time, you can see that the water pressure and the flow rate increase again. In many cases, customers installed test sections on which it was possible to prove irrefutably that corrosion had been stopped and that deposits, had been fully removed. Once the existing deposits have been removed and the bare iron appears, this iron is automatically coated with a protective layer of saturated iron oxide called magnetite, thus stopping corrosion. The Pursanova DiskTM is used in thousands of applications, where the corrosion is brought down drastically. In domestic applications, the brown water at the tap points disappear, in industrial applications sometimes under very rough conditions, the corrosion rate is reduced by 90% and more. There are a lot of proven cases, where former corrosion rates of 10 mpy are brought done to less then 1 mpy. Today water is in the industry still mostly transported in metallic pipes or systems. The simpler the iron or the carbon steel pipe the greater is the risk of corrosion. The definition of corrosion is an (unwanted) reaction of materials with substances present in their environment. In the case of iron this reaction becomes visible for instance when rust forms. The reasons for this corrosion are diverse and are covered very extensively in the pertinent literature; we won’t go into that any further in this place.

Lime or other salts are found in almost every water in their dissolved forms, in common language lime scale is responsible for hard water. Depending on the amount of lime /calcium carbonate, the dissolved carbonic acid and on the temperature of the water the minerals precipitate and start to crystallize. In other words it deposits on surface areas. In homes this is simply annoying in most cases, but this phenomenon can cause substantial problems for technical applications. The deposits reduce heat transfer in heat exchangers and lower the efficiency of the heating installation/cooling system quite significantly. Increasing pressure losses and decreasing flow rates are other symptoms associated with the same problem. In many cases the water is processed chemically in order to avoid such deposits. But often, particularly if great water quantities or very bad water are concerned, this proves to be either technically or economically impossible. Treating lime scale in several thousands of industrial installations prove how successful and reliable The Pursanova DiskTM were applied to stabilize lime and avoid the build of lime scale in pipes or machines. Experiences with water temperatures above 150°C in pressure lines or water hardness far beyond 50° dH show how powerful The Pursanova DiskTM are. After having started to use The Pursanova DiskTM , many customers don’t have to use the bigger part of the chemical products used before anymore at all. Examples would be a commercial dishwasher working without salt or big cooling loops, which now have to be cleaned only once a year instead of every six weeks.

When talking about microbiological pollution of water, a distinction needs to be drawn between drinking water and technical water. Drinking water which is supplied by public providers usually adheres to the legal limit values for microbiological pollution meaning it is virtually free of microbiological pollution. But in huge and complex systems it can happen, that bacteria like for example legionella are to be found which spread from areas with little water flow. In the worst case these legionella can cause very dangerous diseases. Hence health authorities are instructed to monitor this pollution in public buildings and to mandate measures against it if necessary. Biofilm biofouling and growth of algae can occur in technical water, especially in open cooling systems. Microorganisms spawn in water and form a so-called biofilm on pipes and machines. This film affects heat transfer or may even clog entire systems. Most of the time chemical additives have little success in solving this problem or cost an awful lot of money. The Pursanova DiskTM is used in a lot of projects fighting algae in cooling system and the from these algae often caused biofilm. Thus projects involving biofilm in cooling systems, growth of algae in fountains and cooling towers or legionella in drinking water installations have been completed successfully. Most of the time such projects are long-winded, it often takes a year or more until a system is freed from such growth entirely. These applications are very complex and sensitive; they need extremely accurate planning and implementation. In most of the cases chemical treatment fighting bio growth was not needed anymore. Which is leading to big savings in rather short time. Customer tell the ROI is normally less then 3 month. We are glad to provide results.

The liquid called crude produced from an oil well, is in most cases a mixture of hydro carbons (Oil and Gas) and water. Successfully treating this water in the crude oil have been the first steps of The Pursanova DiskTM in the Oil & Gas. Untreated crude oil is often not only very aggressive, but it also partially contains great quantities of paraffin wax and other impurities. These ingredients behave in oil lines similar to that of lime in water. It precipitates deposits and then has to be removed either chemically or thermally. The Pursanova DiskTM has the ability to increase the solubility of paraffin wax in the oil. That way the maintenance intervals of oil-conveying lines can be extended, the shut down periods gets less resulting in an increase of the production. Furthermore crude oil often contains aggressive substances or organics that corrode pipes and metals. The Pursanova DiskTM is able to moderate and sometimes even stop this corrosion. However, different sources of crude oil contain very different ingredients and the technical details need in-depth clarification before a statement regarding the chances of success can be made. Separation of Gas, Oil and Water, treating emulsion, treating produced water, treating the buildup of paraffin wax, reduce or stop the fouling in trunk- and flow-lines and many more solutions The Pursanova Disk TM has to offer. 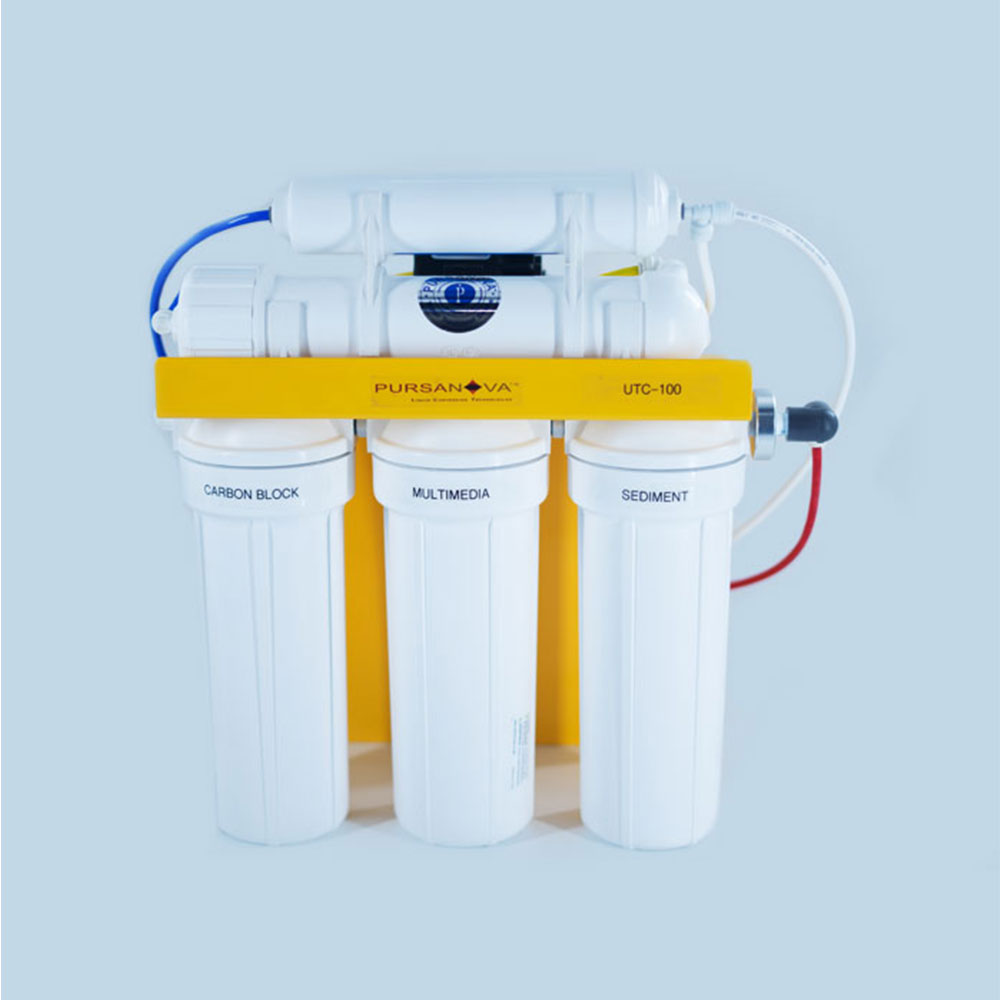 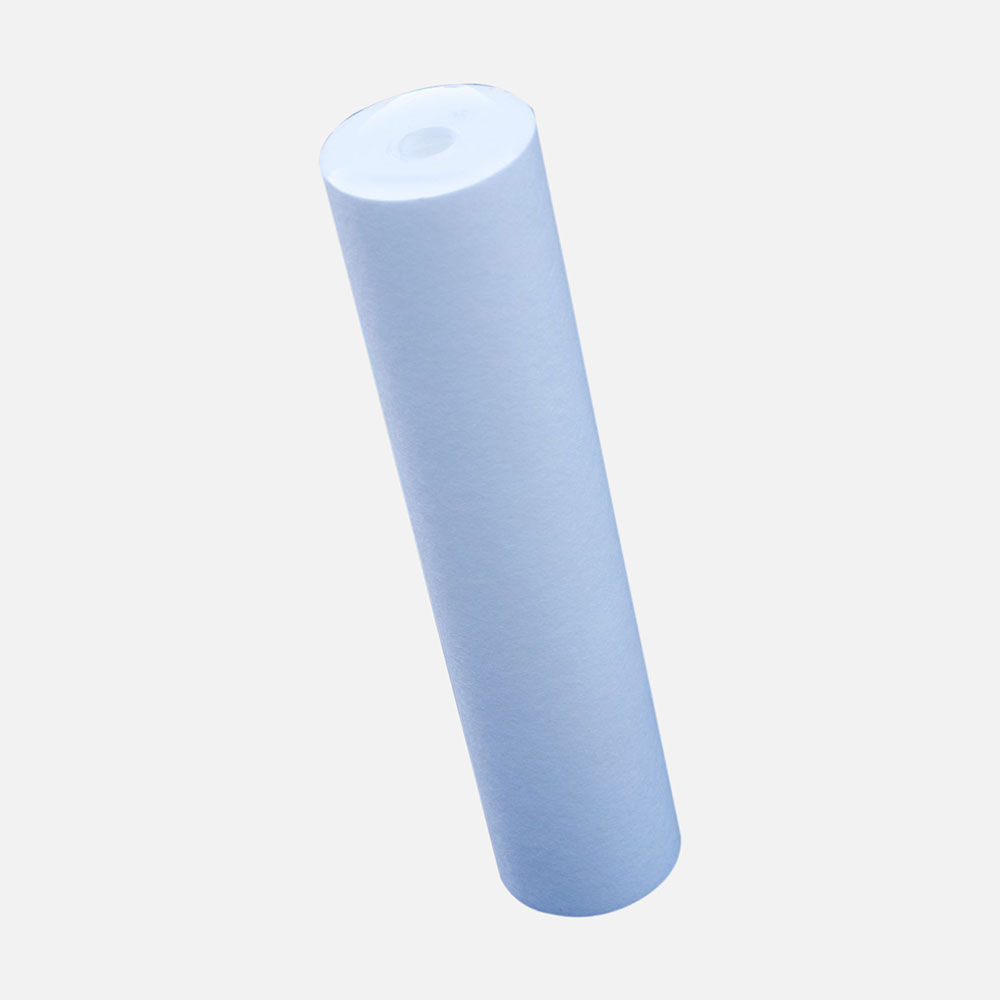 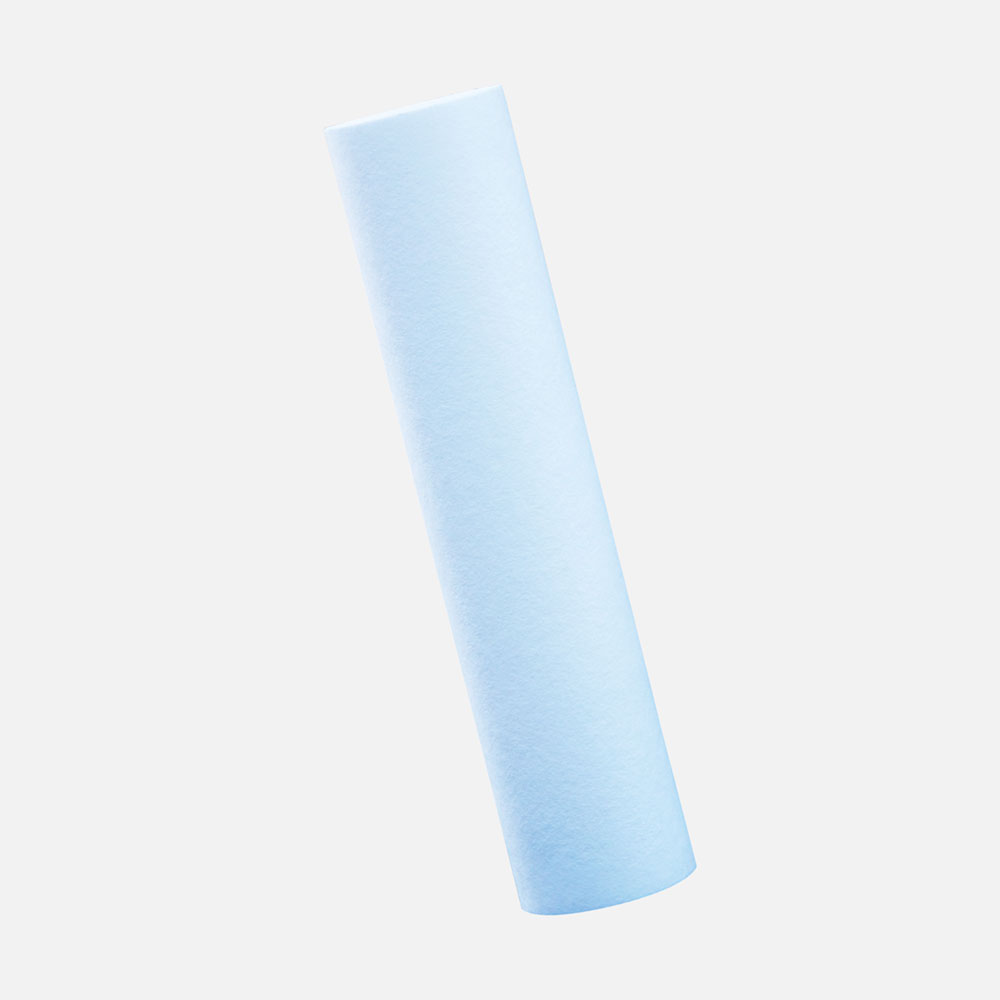